The Significance Of The Gillette Ad

Gillette published a long (1:48) highly toxic ad on YouTube. It portrayed males—especially white males—as inherently violent, disrespectful, irresponsible, and immature. It is significantly more divisive and dishonest than most of the propaganda on TV, and so when the players tip their hand as blatantly as this, it has the kind of shock value that can be used to wake people up to how the world really works.

If you were the globalist insider elite, then your primary goal would be to rule the world and make absolutely certain the people can never unite against you. So one of your goals would be to make individuals dislike and distrust each other so that they are looking at each other instead of you, and so that they will never successfully unite against you.

That may sound like a bold claim to many, so let's take a quick look at how we know the actions of the globalist insider elites indicate they see white American men as the biggest threat to their agenda of creating and controlling a global government and making absolutely certain the people can never unite against them​.​

The players control the global media and we can see that white American men are the primary targets of the propaganda they push​—hence this ad. A few examples as extreme as this ad are Jack Reacher 2​, and ​The Orville. Some explicitly say ​that old white men need to die, like Oprah says, like this NYT editor says, and like The Guest Book says.​

The players' fear is probably because Americans are especially resistant to global government, and on average, white American men are wealthier and better armed, and men (compared to women) are more likely to physically fight (and win) against tyrannical cabals/governments.

One of the biggest differences between men and women is that w​omen are more agreeable, which makes women less of a threat to anyone with power.

​Women are probably genetically programmed to be more conformist than men because if a woman got kicked out of the cave/tribe/community/society for not conforming, then without the support of others she would die, but a man might survive. ​Naturally, those who control the establishment would prefer everyone be agreeable conformists.

This all explains why the TV propaganda that tries so hard to neutralize white American men is simultaneously trying to glorify women, single moms, and agents of government.

​Of course, those at the top are not giving direct orders to Gillette. (Players rarely need to give orders.) Many layers of front men, indoctrination, incentives, conditioning, etc. are in place as a result of many decades (perhaps many centuries) of dominance. Hence, the Gillette ad is a natural product of these layers of control and manipulation.

In addition to calling out this propaganda and revealing how the world really works, we should also boycott Gillette and their parent company, Procter & Gamble, for allowing themselves to be used as a pawn in this toxic agenda. Also, those who work for these companies and who care about their reputation should find work elsewhere. 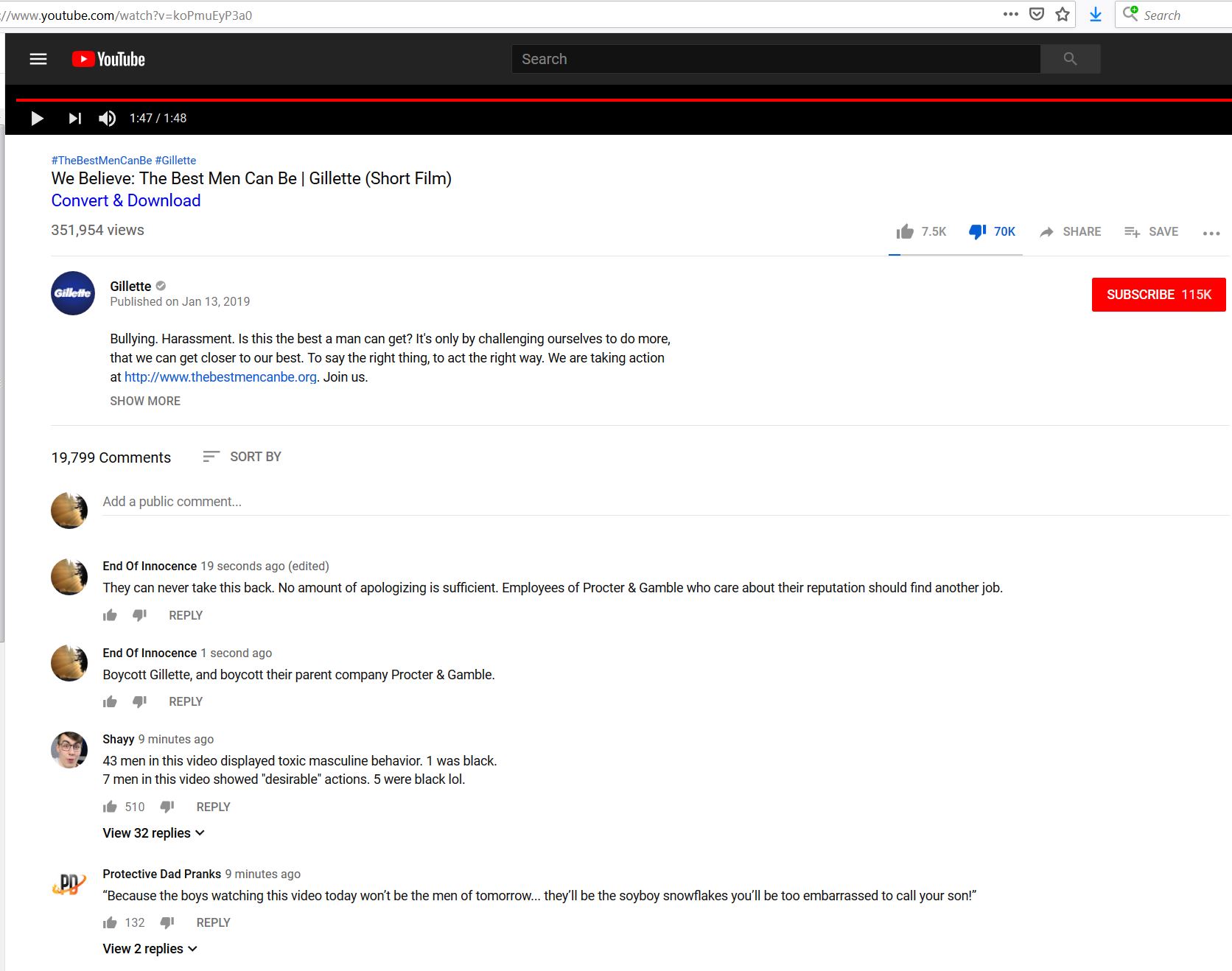 The Catholic Church is not what it claims to be

Strangelove: How I learned to stop worrying and love the cabal.

Consider all the nuance to reveal whether Bill Gates incriminated himself

My history of prediction and analysis

Covid hit us hard and fast, and my regimen kicked its ass.

It was never about safety