The League Of Real People was founded on    TBD    as a perpetual solution to the artificial and atrophied state of humanity.

The primary activity of The League is individuals helping each other to reach their full potential
—to be the best version of themselves
—to be the person they really want to be
—to get on the right path and stay on it.

The ideal manifestation of The League is thus 100% of individuals reaching their full potential in every generation of every sentient species—hence The League shall be eternal.

The pledge is the cornerstone of The League.

The pledge is intended to serve as a frequent source of practical guidance and motivation for the individual.

The pledge is primarily about ethics and thinking skills.

The final arbiter is objective reality.

The cost is eternal vigilance.

The Preamble, Mission Statement, Declaration, and Pledge are intended to be as clear as possible.

Humanity has greatness in our genes,
But as of the founding of The League,
Humanity has lost its way.
We have forgotten the person we really want to be.
We all suffer from arrested development.
We are not reaching our full potential
Because humanity lives under unusual and artificial duress
Because humanity is being played, poisoned, and purged.

There is an eternal war between the Makers and the Takers.
The Makers were ascendant until the 20th century, but now, the Takers are dominant again.

Everyone is redeemable—even the Players.

The Takers fight to get a bigger slice of the pie.
The Makers make the pie bigger.

The Players represent the Takers.
The League represents the Makers.

The Players are in their end game—hence the founding of The League.

I pledge to myself:

What are real people?

How do we know if we are on the right path?

If one is trying to follow the pledge, then one is on the right path.

Do Real People have to believe what the Founder (the author of the pledge) believes?

Does a Real Person have to believe everything in the Preamble, Declaration, and Mission Statement?

No. A Real Person only has to agree to everything in the pledge.

Can a Real Person simultaneously be a white nationalist, Zionist, Marxist, or neo-Nazi?

A member has pledged to only judge a person separately and individually, and only by that person's actions and statements and by empirical probabilities.

A member does not intend to damage any relationships between others.

A member does not collaborate with those who initiate force or fraud.

A member treats every living thing with dignity.

Can a Real Person simultaneously be a member of BLM, NAACP, ADL, AIPAC, SPLC, KKK, or Aryan Nation?

A member has pledged to only judge a person separately and individually, and only by that person's actions and statements and by empirical probabilities.

A member does not intend to damage any relationships between others.

A member does not collaborate with those who initiate force or fraud.

A member treats every living thing with dignity.

Can a Real Person simultaneously be a progressive, socialist, or communist?

A member respects the right of every man to own himself and the fruits of his labor.

Also, as of the founding of The League, the vast majority of self-proclaimed progressives, socialists, and communists are not Real People because Real People have pledged to only go where the facts take them, to be independent thinkers, and to not be evasive or whiny, to not have double standards, and to not overreact, scapegoat, project, virtue signal, or misrepresent others.

As of the founding of The League, the vast majority of self-proclaimed progressives, socialists, and communists are also fascists, and thus are not Real People.

Can a Real Person simultaneously be a fascist?

A Real Person is an independent thinker and promotes independent thought; whereas, fascism values conformity above all. Fascism is the belief that when we are all on the same page, everyone benefits.

Of course, as of the founding of The League, the vast majority of self-proclaimed fascists intend to enforce conformity and thus such individuals are not Real People:

Can a Real Person simultaneously be a member of a group that defends one race, gender, religion, etc?

Of course, historically, just about every organization that has intended to defend a particular group has also judged people as groups as soon as it was founded or after being co-opted later.

The members of an organization that specializes in defending a particular group will face constant temptations to judge others as a group, to virtue signal, to suppress dissent, etc.

Do Real People believe in conspiracy?

Real People go where the facts take them, but each is on a different path. Perhaps more importantly, each is at a different point in their journey.

The pledge does not assume the existence of any conspiracies. It is designed to help everyone overcome anything holding them back from their true potential—even if that were a conspiracy by a globally dominant cabal—even if their task were as monumental as forming a new country. The greater the duress, the greater the beneficial effects of the pledge.

The catalyst for the creation of The League was both the observation of the extreme need and duress as well as the evidence of a global conspiracy causing much of that duress.

Does voting violate the pledge?

No. Voting is one of the only legal means of fighting tyranny and the illusion of legitimacy. Voting does not legitimize the system any more than abstaining is acceptance of whoever wins. Of course, in any real instance, if voting feels wrong, trust your conscience and don't do it.

Is a Real Person a revolutionary?

In times of universal deceit, devotion to truth is a revolutionary act.

A member claims the right to respond with as much aggression as necessary—in as dignified a manner as possible, to neutralize the initiation of aggression.

Who speaks for the League?

No one can speak for The League. If 90% chose an individual to speak for them, then that individual would only speak for those 90%, and after a few days, one could no longer safely assume that such a representative still spoke for that same 90%.

Does the FAQ supersede any other documents?

Can the pledge change?

The pledge can only be changed by the Founder, though others may collborate with the Founder.

The Founder intends to declare the pledge final after sufficient collaboration. After that, if it were ever discovered that the pledge contained an omission, loophole, or error, the pledge would not change because it would always be possible to form a sub order within The League that could have an additional pledge.

Who is the Founder of The League Of Real People?

The Founder Of The League is a great and powerful philosopher. Some call him ... Jim.

Jim is also the creator and author at EndOfInnocence.com.

The Story On The Ring 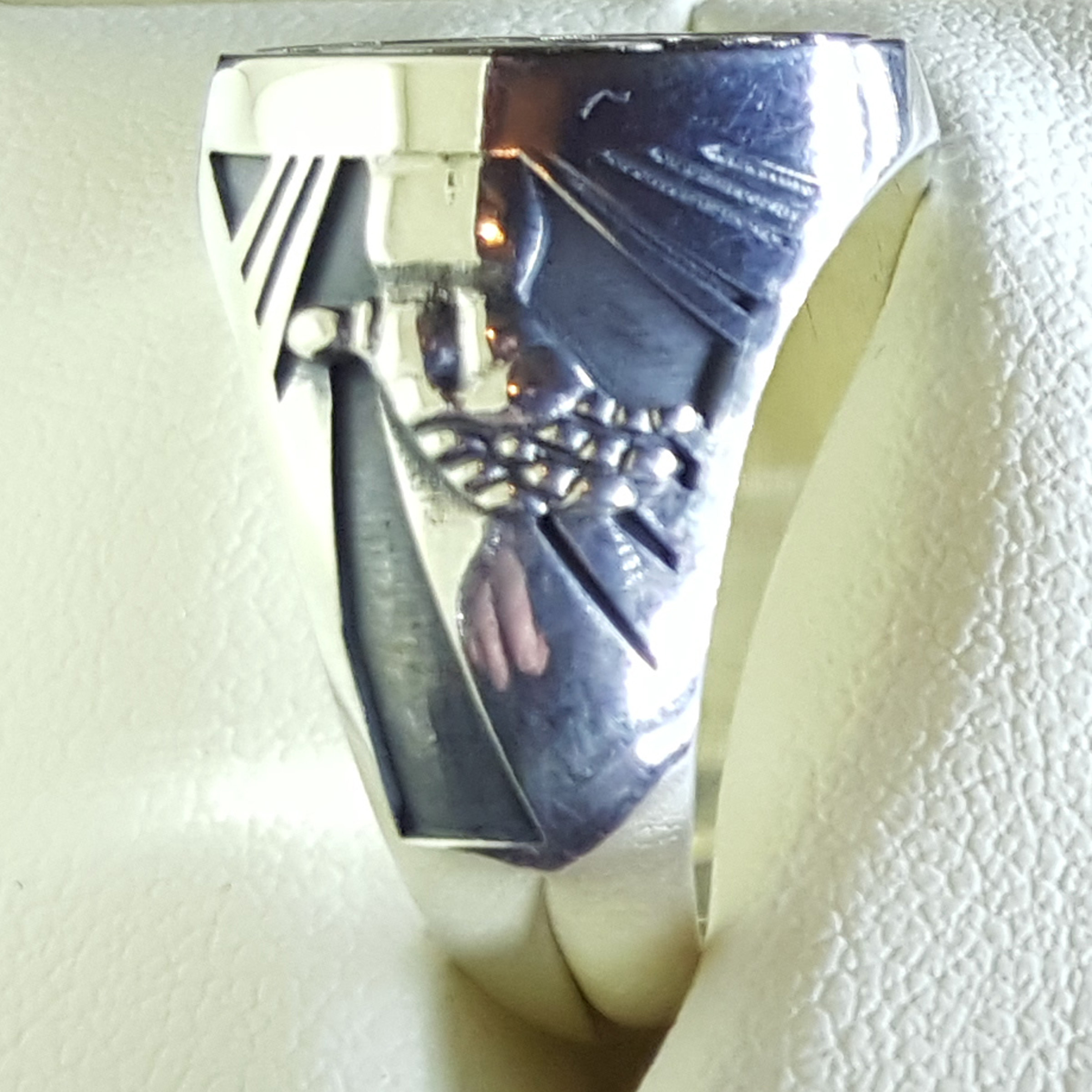 We evolved from the stars ... into the peak of human evolution—those qualities championed by The League, and The League extends the hand of friendship and hope—to lift individuals everywhere to their full potential—to become the best version of themselves—to be the person they really want to be—to get on the right path, and stay on it.

The twin sabres carried by Infinity Wings are a reminder that the bearer is a knight with unlimited potential.